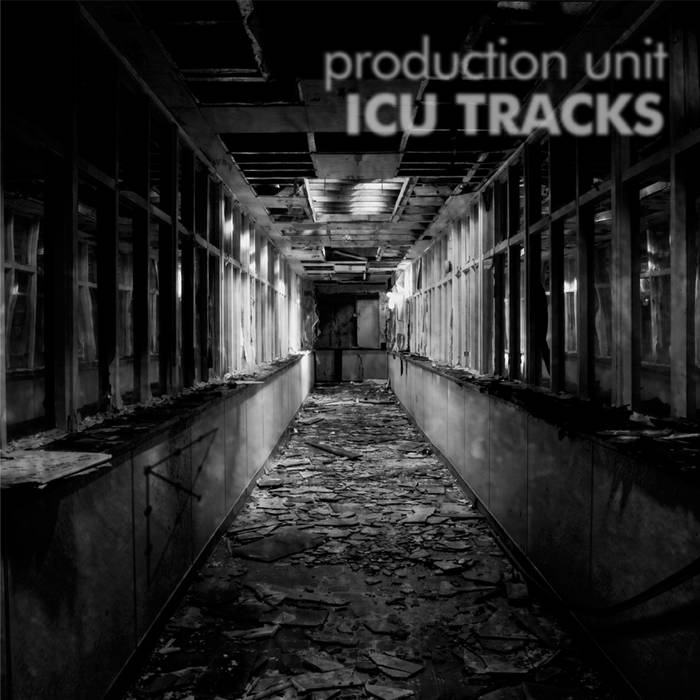 To say that sound is powerful is almost a truism, but at times it bears repetition. Glasgow's Production Unit knows this too well as he describes the reasons behind his debut for Broken20, the 'ICU Tracks' EP: “This music is constructed from the sounds of the hospital machines I heard for many weeks when someone very close to me was on the brink. I have perfect pitch, so sound and tone affect me more than other people and, on top of everything else, I felt imprisoned behind these harsh tones; I resolved to exercise some dominion over them by trapping them, through music, perhaps also in the process explaining to others the intensity of the sounds I heard and felt. Oddly, arriving at that decision provided a coping mechanism of sorts, a dark light at the end of the tunnel.”

Creation as a form of self-exorcism, then? Each track features sounds of the exact pitch and timbre as those found on the ward. The purported ambivalence of the machines is left intact, but the intimidating character of their surroundings is implicit – the EP may not be a happy listen, but it was never intended as such. The artist continues: “Ultimately those machines were a positive force, and it's right that positive effects should come from their harnessing as well, but part of the process is in dissipating the unease towards others.”

Production Unit was a member of electronica outfit The Marcia Blaine School For Girls alongside TVO. He has released on Highpoint Lowlife and Stuff Records amongst others, and assists in the running of Broken20 with TVO and Erstlaub. He curates the B20 cassette sub-label Broken60 and will release his debut artist album on that stable later this year.