The Glamour Of Despondency 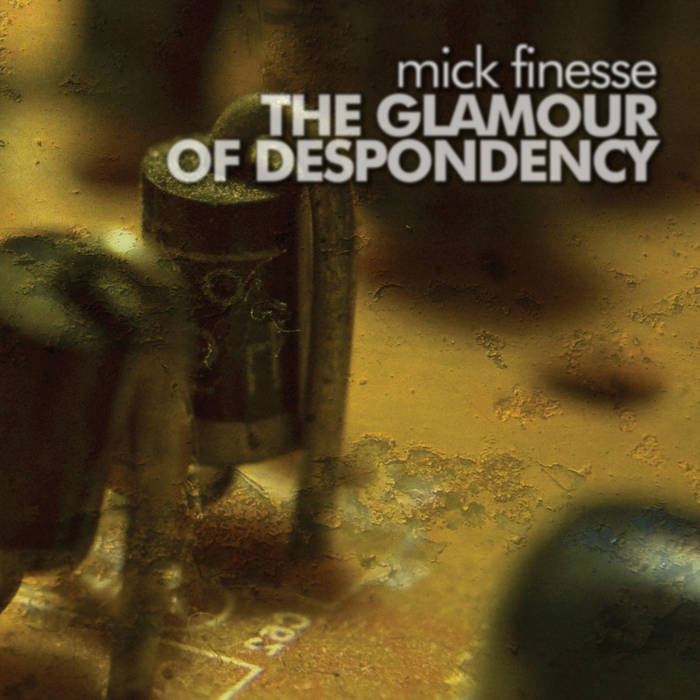 The techno album is a curious thing, often difficult to get right – too eclectic and it stops being techno; too workmanlike and it loses the narrative focus that an album requires.

Into this lion's den steps Mick Finesse. With two EPs for Perc Trax and another for Broken20 already under his belt, the Denver, Colorado DJ/producer raises his game for his first long-form opus, 'The Glamour of Despondency'.

What's notable on first listen is the unity of purpose and vision that straddles the album. A grubby surface provides texture throughout, in line with the Broken20 SOP of releasing any music that sounds faulty, noisy or otherwise dishevelled, while there's enough heft and drive to provide genuine impetus.

'A Premonition Of Pretension' is a story in two parts, opening with faraway voice samples and intricate sound design before a knocking rhythmic pattern begins to reveal Mick's true dancefloor colours, even if they're partially hidden from view at first. Those colours are blaring from the off in 'However Comma', where brittle slow-mo funk swings atop fizzing, volatile ground noise.

That pace is increased further with 'For Every Positive Action, There Must Be Objection'. Distorted kicks make Finesse's chest-rattling intentions clear from the off, but strangely disconnected harmonies lift matters above the corporeal. The beatless interlude 'In Yearning For Aversion' acts as an aural sorbet, clearing the palate, before 'The Glamour Of Despondency' crashes through the door with another trademark off-kilter kick pattern. Squashed amen snares provide wriggle room from the unremitting meter, but the bass drum is the unabashed star of the show here, positioned front and centre.

However, 'The Glamour of Despondency' isn't without its tender moments. The opening minutes of 'Drowning In Contentment With No Hope In Sight' are blessed with intricacy and playfulness that develop into a softly jacking underbelly, if such a thing can be said to exist, while 'Regret, As It Occurs', for all its overdriven elements, has the otherwordly melodic queasiness of vintage IDM.

Overall, Finesse's achievement is in creating a cogent sound world where severity and warmth can co-exist, often uttered in the same breath. The immediacy in its composition belies the continued rewards that are to be found in its sculpted details. As an artistic statement, it's consistent, wise and far-reaching.