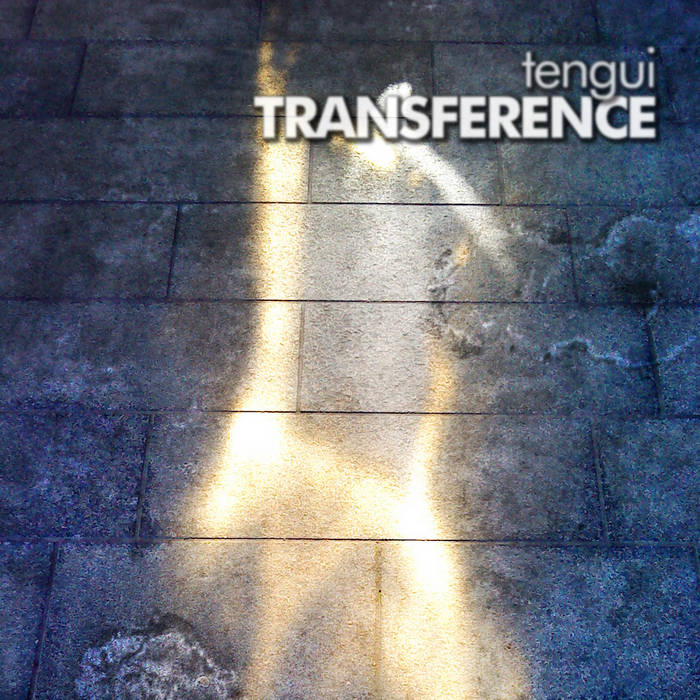 Hubajube Are you kidding? This one is already the DJ version. Favorite track: Kicktrip.

This direct version is the only way to get the bonus track 7.

Let's get the grand statement out of the way quickly: ‘Transference’ feels important. Now obviously that's a tricky one because we're releasing it. Self-evidently, we believe in it and appreciate it and are prepared to put our money, both figuratively and literally, where our mouth is on this. But ‘Transference’ feels different, like a newborn who's already worldly wise; a fresh but fully formed series of ideas and emotional expressions. And we know that we're blessed to be releasing it. As MB, resident at London’s much-missed techno night Colony, and as a live artist who's gathering plaudits all the way to Minimal Ssgs in Japan, Tengui aka Max Bacharach could easily have hawked ‘Transference’ to a dozen other labels, not (if you ask us) necessarily better, but assuredly bigger than the humble ship Broken60. But he likes what we do as much as we appreciate his thing, so we're locked in a comradely embrace.

The album’s been a long time coming. It seems like Max has been building and tweaking these tracks for as long as we've known him, a good five years plus by our broken watches. What's emerged from those steady, patient processes is an album that knows itself, understands the crevasses in its own character, and wants to tell you its stories by cold firelight. Opener ‘Shadows’ sets the scene: intricate sound design, smudged blue chords and reclaimed sonic artefacts that dance between left and right like neurones in a drunken fug. It's beautiful but unsettling, weightless yet weighty. In other words, it's the perfect gateway to this sound world. ‘Conditions’ starts like Terry Riley on ket, variations on a single note mouthing gentle harmonics and nuance over yet more watchful, unsettling panning, before a secondary tone enters the stage and, eventually, bullies its way from dissonant to dominant. ‘Transference’ owes as much to Coil and Guy Debord as it does motor city techno, but that's not to talk down its heft. ‘Mutation’ isn't afraid to flex some muscle, burrowing around the lower registers while focussed percussion gives a first hint, 27 minutes into the album, of Tengui’s club nous. It's a masterclass in restraint, never letting rip, but ‘Kicktrip’ is the payoff. Gamelan bell sounds sit giddily under a spoken echo chamber induction, until a driven 4/4 builds towards a climax of sorts – like the rest of the set, it holds back a little to give you space to imagine the rest. ‘Black Hole’ seeps back into a reclining position, and over its twenty minutes it veers from darkly meditative drone to quarter speed techno to slo-mo Ligeti to the sound of an empty forest turned up to 11. And closing piece ‘Ulaanbaatar’ returns to the more comforting tones of the album’s beginnings, the sound of vast, distant insect activity nestling in a faux-throat singing bed. A siren intrudes to break up the party, and soon it dwindles and it's over. ‘Twas ever thus...

A few words about the Broken60 modus operandi for the blissfully ignorant: We make tapes. We make tapes that need to be on tape because they sound better that way, so we only release music that fits that remit. We release the music digitally too, only this time the tape audio is only available on the physical cassette, and they'll get a live mixed version by Tengui in addition to links for another exclusive mix that places the material in the context of Max’s polymathematical DJ sets. So, buy the tape, basically.

As an overall body of work ‘Transference’ is grubby and imperfect and wise and moving. It's everything we want our music to be, so we're unashamedly delighted to deliver this album to the world and we already know that's it's going to be the success it deserves to be.

Come on in, the water’s murky.