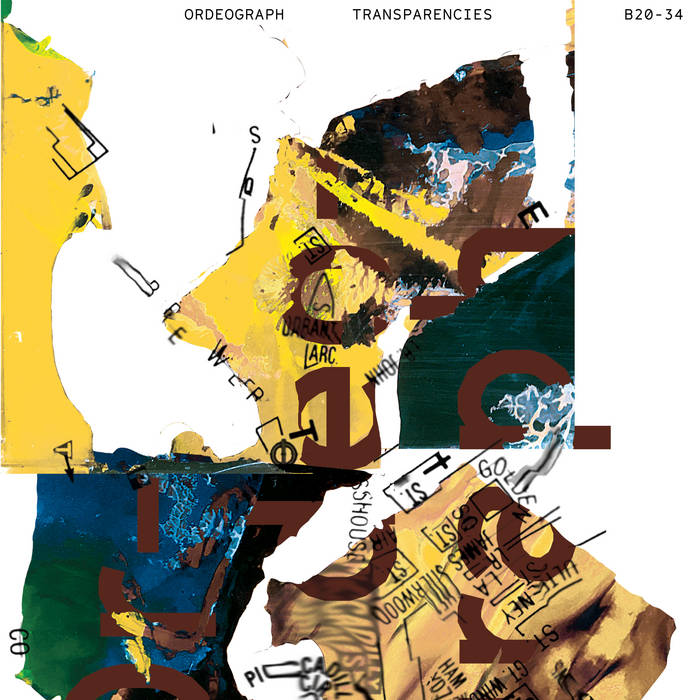 Broken20 return with their second in a run of 3” CD releases, Ordeograph's field recording and found sound odyssey, 'Transparencies'

Originally released via a netlabel and a short run of self-made CDrs in 2006, 'Transparencies' is comprised of sound captures from in and around London.

Ordeograph is one of the aliases of Andy Myers, who describes the tracks' gestation: “After a depressive breakdown and recovery and during a period of creative block with various other projects in the summer of 2006, I began to make field recordings with a very cheap stereo mic and a HDD recorder with the intention of finding interesting snippets to loop and process into my existing projects.”

“I decided to use the recordings in a more sculptural way to explore texture and space, and the capabilities of the software I was using. Each piece was worked on quickly and with a light touch using a handful of effects with the intention of revealing the ambience of each place by blurring the details.”

In download form (also included with the physical release) 'Transparencies' spans a mammoth two and a quarter hours, embellishing the original five tracks with a further four from the same sessions and two newer pieces including one written especially for The Dark Outside broadcast in 2017.

The CD features a bespoke mix of the tracks by Broken20's TVO, building a narrative through the cavernous non-rhythm of 'Thunderstorm' and reaching an eerie climax with queasy melodies that had hitherto lain hidden in plain sight among the source material.

Physical copies will follow on from the format of Laica's 'One Quarter Dust', the 3” CD sleeve once again transcending its limitations by folding out into a visual feast from art director David Coyle.