Wind Die, You Die, We Die 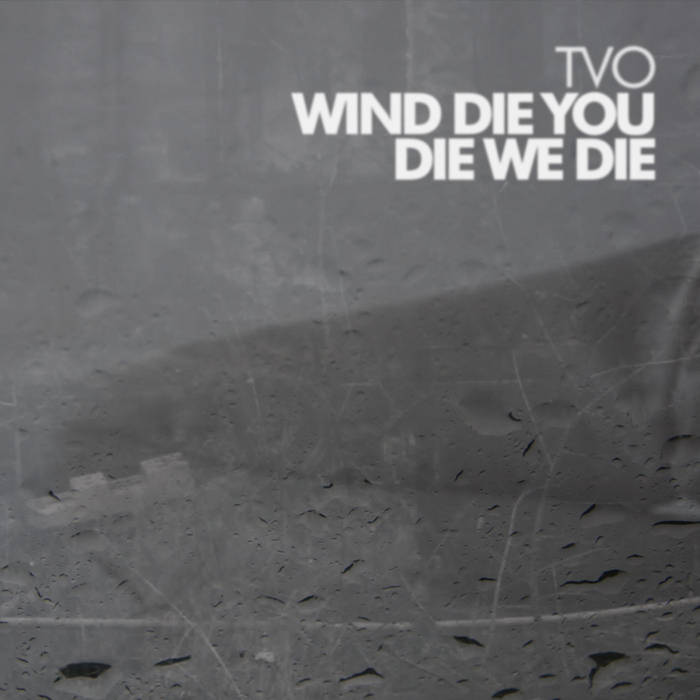 It's well known that TVO is a William Burroughs obsessive. The Broken20 label head retools his fascination in what can be read as a quadruple album, or perhaps a multi-sonic audiovisual treatment, in his latest release 'Wind Die, You Die, We Die'.

The release takes the form of a DVD with a single film accompanied by 4 recordings, all live recordings that were specifically composed to the visual element, and all radically different. While playing the disc, the viewer can switch between audio tracks, much like a director's commentary. This allows the listener to embark on a unifying experience or flit amongst (you could almost say 'cut up') the audio to gain a keener understanding of the scope of Law's vivid interpretations.

Moreover, as a digital release, the audio is available as four separate tracks that are self-contained meditations on the source material. Taken as a whole, they illustrate the breadth and depth of TVO's artistic vision, ranging from dark ambient and drone to Law's trademark take on techno and its atavistic offspring.

Novelist Timothy J Jarvis (writer of 2014's 'The Wanderer') supplies sleeve notes, and the physical package will also include < physical ephemera that reference the source material>. In a metafictional twist worthy of Burroughs himself, TVO's material on 'Wind Die...' was heavily influenced by 'The Wanderer', whose author later revealed that the book had been strongly impacted by TVO's 'Red Night'.

Having composed a trilogy of albums themed on the 'Cities Of The Red Night' trilogy, TVO aka Ruaridh Law has clear form when it comes to Burroughs. That led to an invitation to perform at Manchester's 'Burroughs at 100' event in 2014. For the performance, Law debuted the piece 'Wind Die, You Die, We Die', and its recording comprises the 'Nothing Is True' version that opens the release. Using tabletop electronics and two turntables playing back stretched recordings of Burroughs' voice, the show was backed by a film based around a single 42 minute shot at an abandoned asylum in Lanarkshire.

As Law tells it, “before the performance, a last minute search for spoken Burroughs rarities turned up an obscure 1970s Esquire magazine cassette of Wind Die... read by the actor Ed Asner. There was no recording anywhere online, but eventually a labour of love search resulted in a friend in the States bidding on the sole available tape and sending it over to be ripped. Then there were three more performances, all with different setups, all with the same film, all with Ed Asner.”

'Nothing Is True' is the most sedate of the versions, generally shying from percussive elements but all the more intense for it. Oppressive drone and vast walls of single held tones dominate the sonic spectrum, while Asner's reading hovers atop, disembodied.

The 'Broken Sonics Version' is an altogether more energetic affair, quickly building from slow 4/4s to dense, bubbling techno. Strong Detroit influences abound in this London live recording, though it's peppered with contemporary bass aesthetics and a sense of weightlessness amongst the murk.

'Primitives Version', again from a London performance, follows, drawing back somewhat to showcase the same sensations of viscous matter and dying machines that typified the Manchester show, though there's also latent bassweight and subtle percussion from its predecessor.

'Incubate Version' is the most recent iteration, recorded at the Dutch festival of the same name. Opening with the most sedate section of the entire batch, it features simple wizened tones that edge slowly along in a sad procession, until harsher noise elements intrude, building to stuttering panned notes and frenetic beats that seem almost dizzying. It's the most unruly, most volatile sounding track, while also sitting most centrally as the best distillation of all the many musical ideas within the release.

TVO is a producer and sound artist. His interests are in sound art, the occult, sub bass, and all the points at which they intersect. Lauded by The Wire as a practitioner of “meticulously textured, atypical techno” and by The Quietus as “one of the UK's most unfairly overlooked electronic artists”, his previous releases have been for the likes of Stuff, Highpoint Lowlife, Broken20 and tape offshoot Broken60. He has performed recent installation work at 'The Dark Outside' and other events, as depicted in 2016's 'Installation Pieces', and has also released 'Jack On Piano' this year as part of Broken20's li_series.