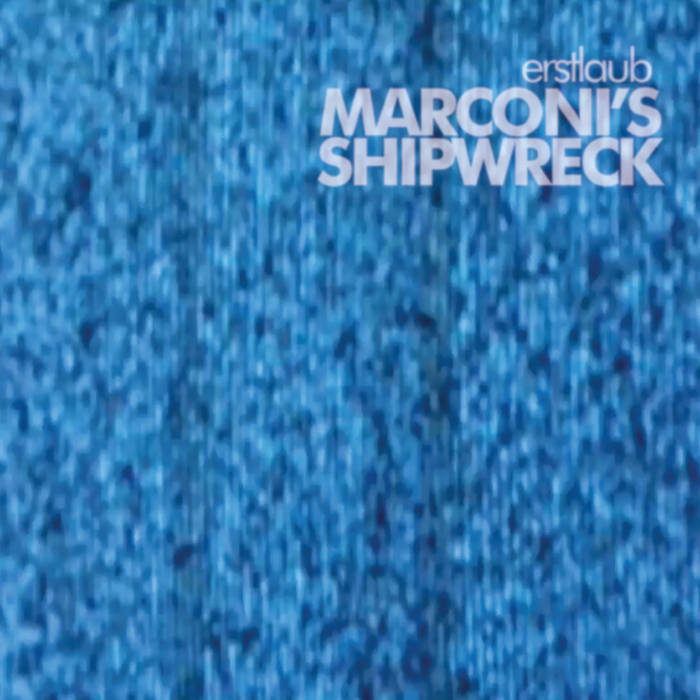 Jio I don't how to explain how powerful this piece is, beautiful stuff

Sietse van Erve Intense trip for the mind with much subtle hidden sounds which only come out after repeated listening.

Please note: due to Bandcamp's file size limitations, this 1 track 71 minute release has had to be split into two seperate tracks. Each download also contains the downnload link, from our server, of the complete piece.

Broken20's resident drone sage David Fyans aka Erstlaub brings his latest work to digital and DVD-R in
the form of 'Marconi's Shipwreck'. It follows his now traditional modus operandi of a single longform sound
work comprised of smaller discrete pieces that are created entirely through synthesis, but builds on previous
releases such as 2011's 'The Last Few Seconds Before Sleep' by delineating a fuller, at times bass-heavy
dynamic, whispered percussion and ultra-distilled Berliner dub moves.

The piece was inspired by a notion from radio pioneer Marconi that sound waves, once created, can never
die; rather they fade with time as they drift through time and space. Fyans writes that “From the age of radio
onwards, we have been cast adrift in a sea of technology, waves of information crashing against our hull.
Technology has the ability to connect people, it conversely can also lead to intense feelings of isolation, lack
of human contact and disconnection. And so, we find ourselves scuttled, clinging to the wreckage we drift,
trying to make sense of these new horizons we inhabit.”

As part of Fyans' degree show in Time Based Art this summer, the idea was extrapolated into a spiralling
meditation on communication in the digital age, where passion, friendship and interaction are reduced to the
click of a 'like' button.

Genuinely beautiful, unquestionably forlorn and at times righteously angry, it's a massive step forward for
a producer whose philosophy, intellect, spirit and skill now converge into a wordless sermon on charred,
crumbling connections and a tentative, careworn eulogy for those diamonds bereft in the ash. It's his best
work by some distance; accomplished, heartfelt and pensive.

'Marconi's Shipwreck' will be available as a digital release and as a DVD-r that includes a download code for
digital sound files of the album.