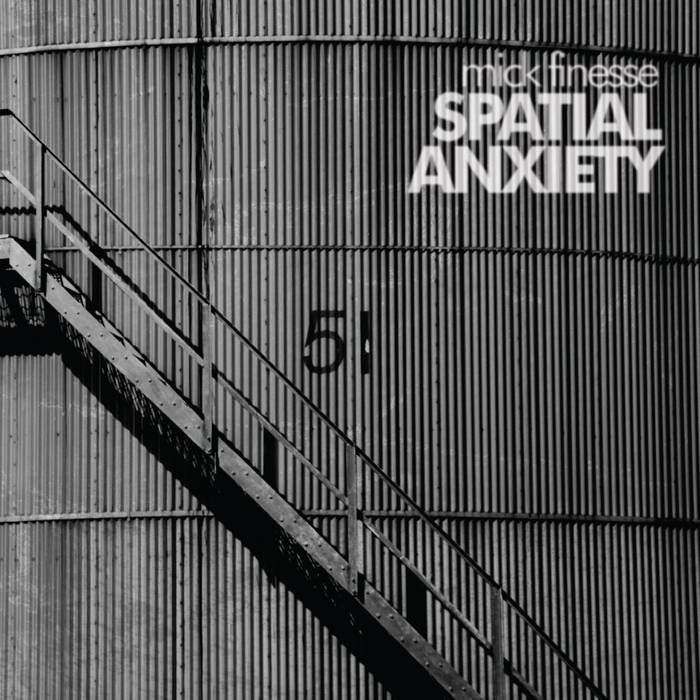 Mick Finesse, aka Denver's Steve Penders, claims to be “obsessed with themes of context and contrast”.
On his first Broken20 EP, 'Spatial Anxiety', that couldn't be more apparent, crushing an album's-worth
of variety, detail and forethought into this short-form package. Having made a buzz with a well-received
release for our B20 fellow travellers Perc Trax, Mick showcases impeccable sound design skills and an ear
for careworn, thunderous abstractions, but also manages to pack a considerable degree of variety and detail
into his three tracks.

Finesse states that the piece was inspired by certain instances of dislocation, mental or logical rather
than physical; in his words, “not so much the sudden worry of not knowing where one is, but the separate
existence of states of anxiety or distress upon impact of particular interactions.”

A home to decayed and imperfect music of any genre, Broken20 would seem to be the perfect stable for an
artist whose stated aim is to “peel away layers of perception and prejudice in both my namesake and my
music”, and 'Spatial Anxiety' is another attempt by the label to join the dots between the primal thud of the
dancefloor and the innermost confines of the psyche. Running the gamut from groaning dark ambient to full-
on bass pressure, it satisfies the remit of both label and artist in no small measure.

'Spatial Anxiety' will be available as a digital release. As with all Broken20 missives, the artwork is by David
Fyans in his recognisable house style.